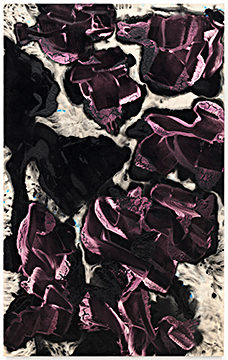 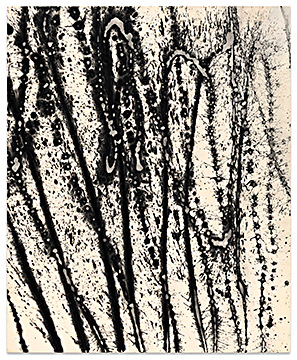 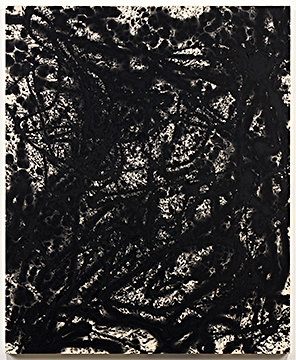 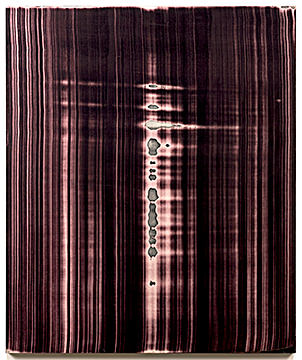 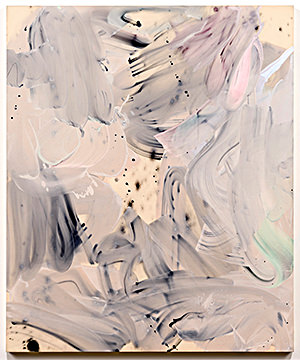 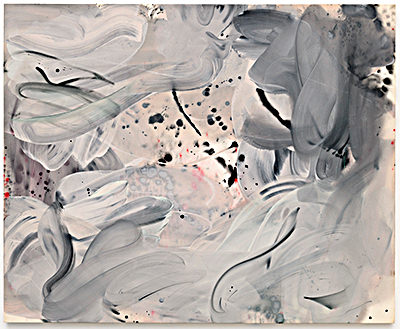 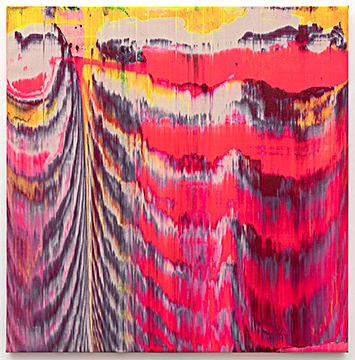 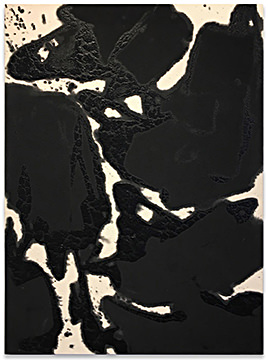 Brian Gross Fine Art is proud to announce the opening of ED MOSES: GESTURE, on January 14, 2021. This exhibition will showcase Moses’ masterful expressionist painting for which he received much acclaim throughout his career. This is BGFA’s fourteenth exhibition of Ed Moses’ work and the second since his passing in 2018. It will run through March 13th.

Ed Moses (1926–2018) is one of the original artists affiliated with the legendary Ferus Gallery in Los Angeles, where he had his first show of abstract paintings in 1958. Over the following 60 years of his career, the driving force behind the creation of his work was his intuitive process of painting, in which gesture, mark making, and painterly exploration of the picture plane was of ultimate importance. This exhibition explores a range of his gestural abstractions made in the 2000s.

Included in the exhibition are paintings like Gold Bach (2002), where sensual, iridescent purple is juxtaposed with patches of deep black. The smaller scale Uno (2008) is a vibrant radiating composition of fuchsia and violet that glows with intensity. In Moses’ hands, the paint is poured, scraped and washed over to create richly layered surfaces and effects. In contrast to the bold color seen in most of these works, Rever-Sa #2 and Who-BART (both 2008) are complex linear works, painted with ‘whip line’ gestures in black with positive/negative reversals. In all of these works, Ed Moses’ command of the painted surface is unequivocal.

Ed Moses was born in Long Beach and received his BA and MA from the University of California, Los Angeles. In addition to his 1958 Ferus Gallery exhibition, he also exhibited at the seminal Dilexi Gallery in San Francisco in the same year. In 2015, the Los Angeles County Museum of Art mounted Ed Moses: Drawings from the 1960s and 70s. In 1996, the Museum of Contemporary Art in Los Angeles presented a mid-career retrospective exhibition. Moses was included in the landmark Pacific Standard Time at the J. Paul Getty Museum, Los Angeles, in 2012.