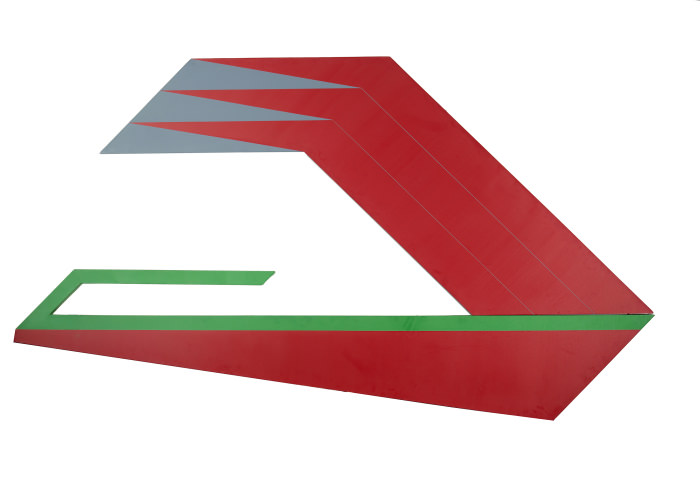 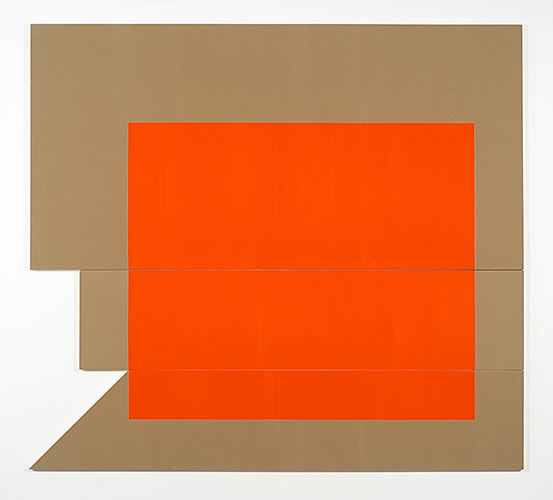 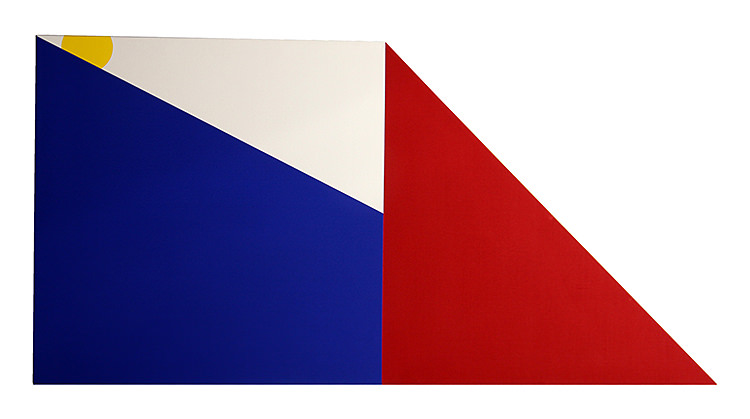 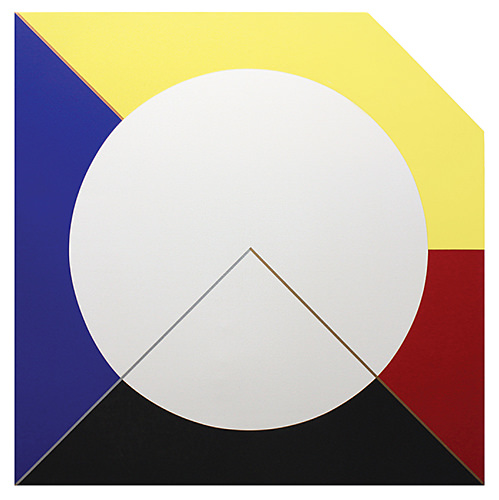 Brian Gross Fine Art is pleased to announce Color Space, an exhibition of paintings by the late Bay Area artist Leo Valledor (1936-1989), opening January 9, 2016 with a reception from 4-6pm. On view will be six paintings exploring the optical energy of color through contrasting relationships that play off the geometric forms of shaped canvases. The exhibition brings together selections from the 1960s to 1980s that reveal the different ways he used broad fields of color to create perceptual space within the structural language of hard-edged painting. Color Space will be on view through March 5, 2016.

A pioneer in the field of hard edged painting during the 1960s, Leo Valledor’s interest was located in the “notion of color in four dimensions”, or the idea of experiencing color not only volumetrically, but also over a period of time. This idea of experiencing color over time was intricately tied to the artist’s deep love of jazz. Also a musician and poet, Valledor’s paintings are a manifestation of his ongoing quest for “harmonic color”, or the perfect structural kinship between music and color. It is the synthesis of harmonic color with implied depth that set him apart from other painters of the period.

The paintings of the 1980s, like Prime Time, employ geometric configurations that play against the color fields and yield the illusion of depth. Redwing, 1965, is a dynamic early work that demonstrates how eccentric his canvas shapes were in the beginning of his career. In it the artist employs a zigzag pattern that attracted him because of its “symmetric/asymmetric properties, the range of light vibration along its tapers, and the interchange of parallels… joining two colors.” The monumental painting Lust, 1975, is composed in a different manner. Made up of three large, vertically stacked panels and a dynamic palette featuring hot orange, the sumptuousness of its tones play off the implied depth of the painting’s geometry.

Born in San Francisco, Leo Valledor grew up in the Fillmore District, the city’s hub for jazz culture. He attended the California School of Fine Arts (now San Francisco Art Institute) from 1953-55 and became an early member of the Six Gallery, a space devoted to bridging the gaps between art, poetry, and music. Valledor later showed at the Dilexi Gallery before moving to New York City in 1961, where he was a founding member of the historic Park Place Gallery. In these years, Valledor developed his minimalist style, began using shaped canvases, and exhibited along side Sol LeWitt, Robert Smithson, and Donald Judd, among others. Valledor returned to San Francisco in 1968, where he exhibited and taught until his death in 1989.