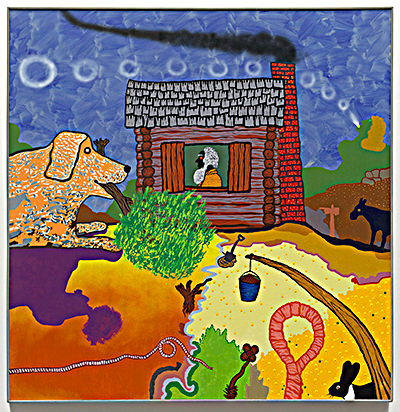 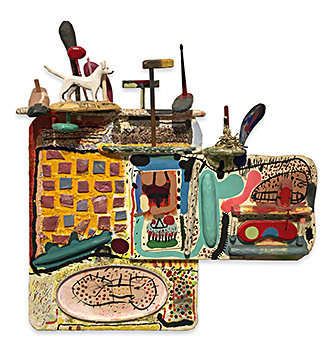 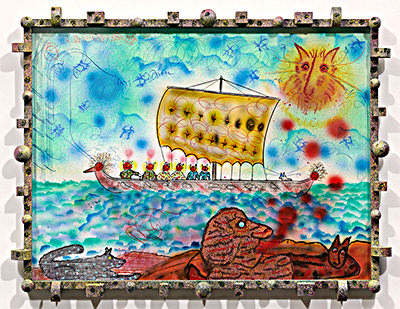 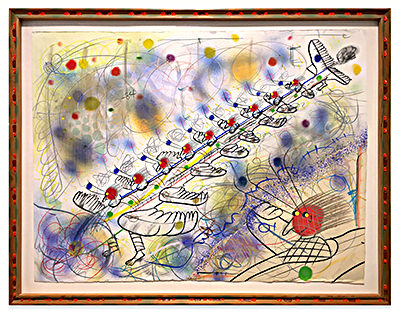 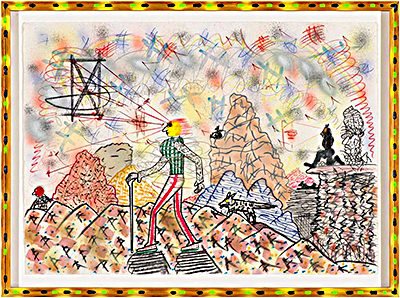 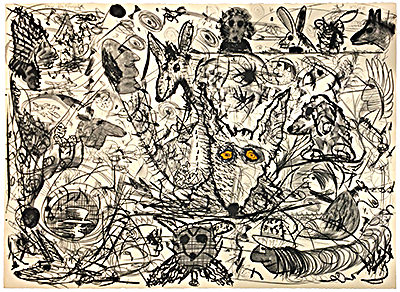 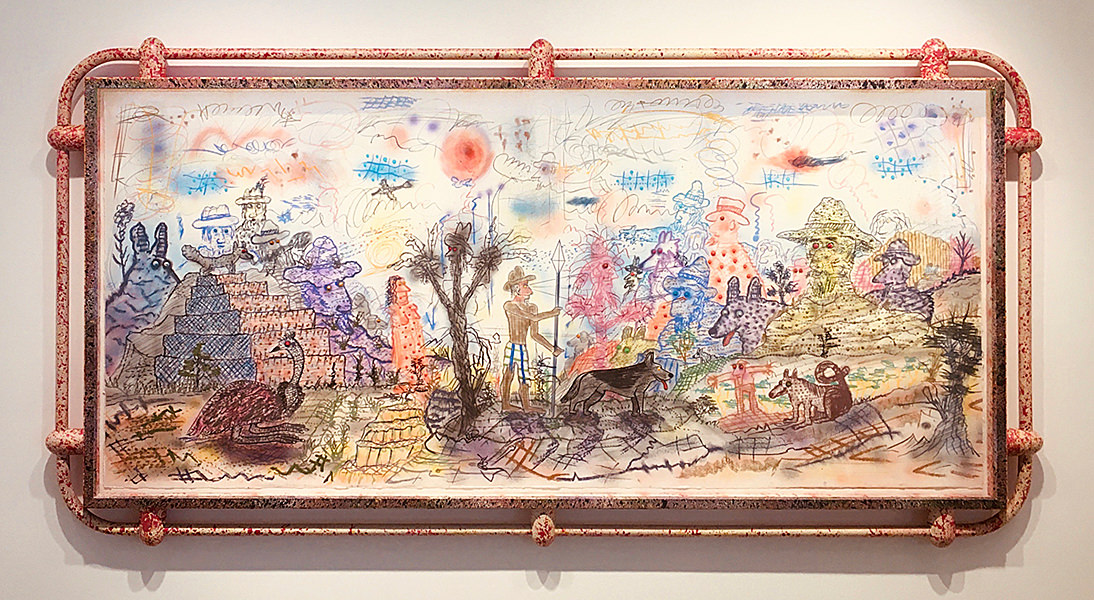 Brian Gross Fine Art is pleased to announce Roy De Forest: Selected Works, a focus exhibition highlighting works by this renowned Bay Area artist, opening Thursday, July 15, 2021. Featuring an early painting, a rare construction from the 1960s, and works on paper, the exhibition highlights important early works by Roy De Forest (1930–2007) as well as the brightly colored, folk-like landscapes with figures and animals for which he is famous. The exhibition will be on view through August 28, 2021.

Recognized as one of the most original painters of his generation, Roy De Forest's unique and beloved viewpoint can be seen in the selection of works in the exhibit. The Giant Dog’s Dilemma (1970) is a significant painting marking De Forest’s transition from his abstracted “aerial landscape” paintings of the 1960s to the celebrated pictorial landscapes of his mature work. In it we see a silhouetted figure inside of a log cabin looking out at a giant dog holding a fallen tree in its mouth, while the foreground is loosely divided up into semiabstracted areas containing depictions of a rabbit, shovel, and other Western imagery.

Another important work featured in the exhibition is The Young Napoleon (1962–63), an early construction. De Forest began creating constructions, or “boardisms” as he called them, after being inspired by the backs of paintings he saw while working at the San Francisco Museum of Art (now SFMOMA) in the 1950s. The constructions initially took the form of dense, abstract assemblages, but later evolved to include broad painted areas and carved animal figures, as seen in The Young Napoleon. Two later works on paper with elaborately decorated frames, Drawing (1984–85) and Untitled (sails) (1990), will be among the other works included in the exhibition.

Born in North Platte, Nebraska, in 1930, Roy De Forest studied at the California School of Fine Arts (now San Francisco Art Institute) and received his MA from San Francisco State University. He was a member of the illustrious art faculty at UC Davis from 1965 to 1992. His work has been exhibited widely throughout the United States and Europe, and was the subject of a mid-career survey, which originated at the San Francisco Museum of Modern Art in 1974 and traveled to the Fort Worth Art Museum, the Glenbow-Alberta Art Gallery, Calgary, Alberta, the Whitney Museum of American Art, New York, and the Utah Museum of Fine Arts, Salt Lake City. In 2017, the Oakland Museum of California mounted Of Dogs and Other People: The Art of Roy De Forest, the first full career retrospective of the late artist. Roy De Forest died in 2007.