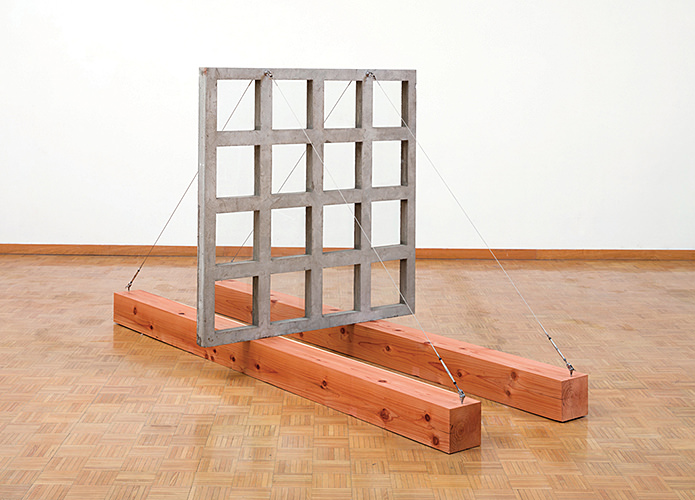 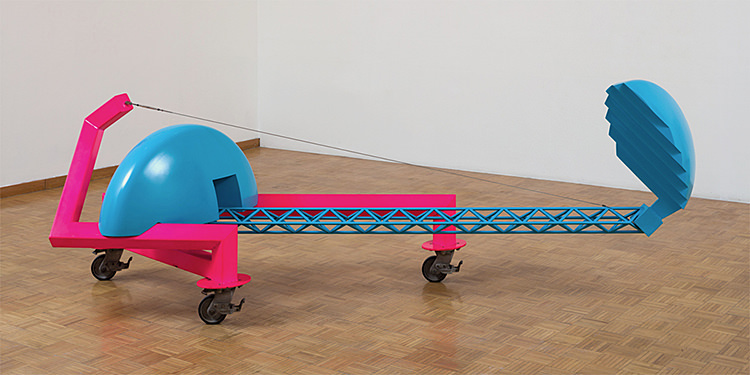 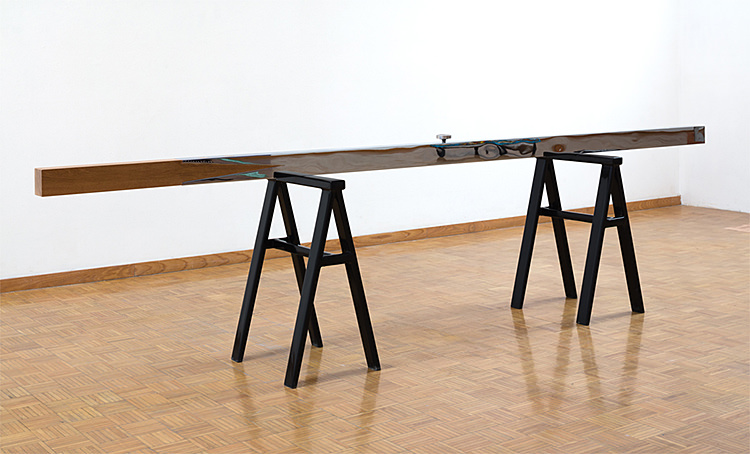 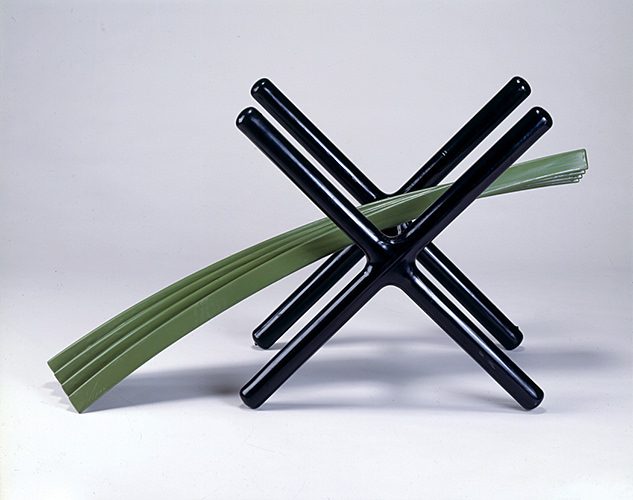 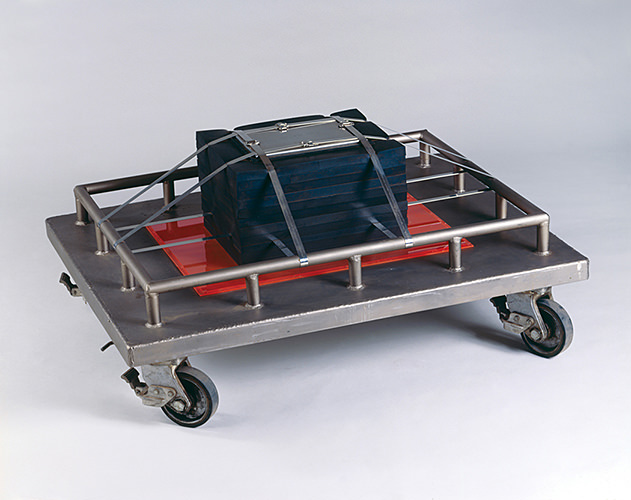 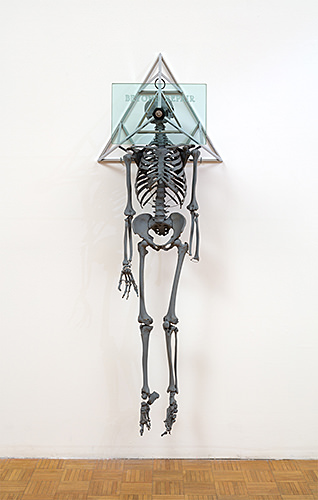 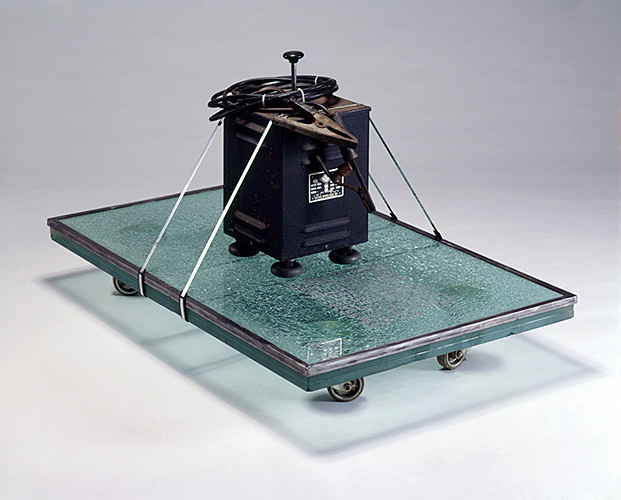 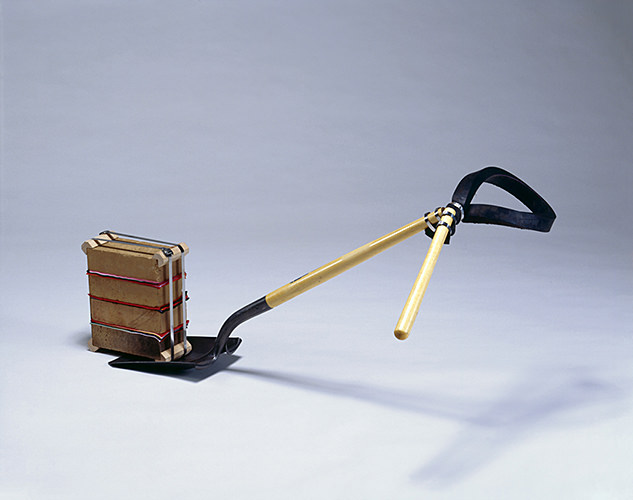 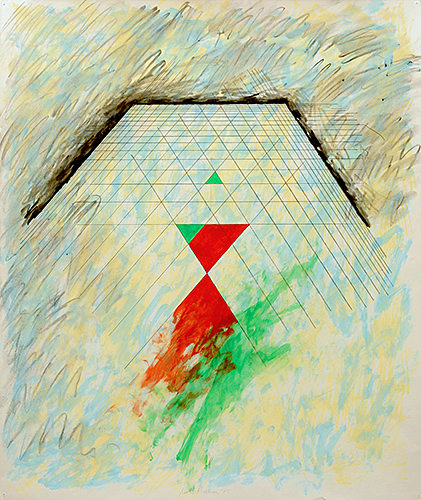 Brian Gross Fine Art is pleased to announce the opening of Robert Hudson: Selected Works 1968–71 on Saturday September 8, 2018, with a reception from 4–6pm. On view will be nine historic sculptures created by legendary Bay Area artist Robert Hudson during his “minimal” period in the late 1960s and early 1970s. Visually austere and laced with humor, Hudson’s works from this period explored conceptual aesthetics through word play and the investigation of materials. The exhibition will be on view through October 27, 2018.

Robert Hudson burst onto the scene with the appearance of his signature polychrome, welded steel sculptures at San Francisco’s storied Batman Gallery in 1961. The driving force behind his work since then has been the exploration of form, void, and illusion in assembled and painted sculptural forms. From 1968-71, however, Hudson explored a more concept-laden methodology, creating a unique body of work within his oeuvre.

Known at the time for the multi-colored, painted surfaces of his sculptures, in this period Hudson employed color to a lesser degree. Instead, Hudson let the materials of his assembled found object sculptures take greater prominence, yielding a more intellectual approach. Word play was also a key element to this body of work. For example, with Still Works, Hudson strapped his working welder to a rolling glass platform with the names of his earlier sculptures etched into its surface. Here, the title of the work referred to the welder’s usability, while also negating that meaning through its transformation into an art object. Elsewhere, we see Hudson exploring new materials, such as in Fall, where the underlying forms have been covered in a skin of vinyl; Color Cart, where the central element is a large, multi-colored mound of plasticine clay; and Stacked Deck, with its inclusion of cut industrial neoprene elements. Not seen publicly in the Bay Area since his 1985 retrospective at SFMOMA, these important works are offered a fresh re-assessment in this exhibition.

Robert Hudson grew up in Richland, Washington, and received his MFA from the San Francisco Art Institute in 1963. Recognized for his talent while still a graduate student, Hudson, along with his contemporaries, Robert Arneson, Joan Brown, Roy De Forest, William T. Wiley, and others, was included in Peter Selz’ historic exhibition, Funk, at the Berkeley Art Museum in 1967. He has taught at art schools and universities, including the San Francisco Art Institute, University of California at Berkeley, University of California at Davis, and California College of Arts and Crafts. In 1985, Hudson was the subject of a mid-career retrospective at SFMOMA, which traveled to the Albright-Knox Art Gallery, Buffalo, NY; The Art Museum at Florida International University, Miami, FL; and the Laguna Beach Museum of Art, Laguna Beach, CA. In 2018, the Luckman Gallery at California State University, Los Angeles held an exhibition that also featured many of these works.

In 2014, Robert Hudson was awarded the prestigious Lee Krasner Award in recognition of his lifetime of artistic achievement. This is his second exhibition with Brian Gross Fine Art.