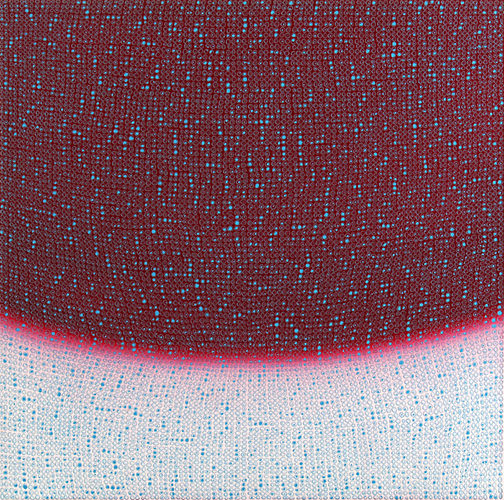 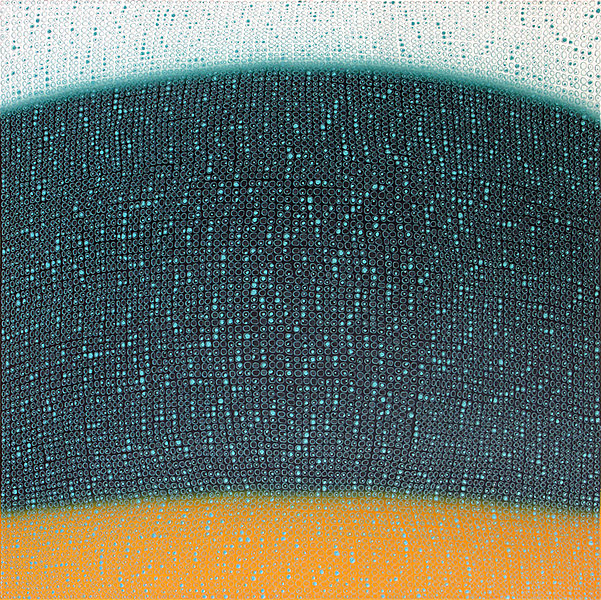 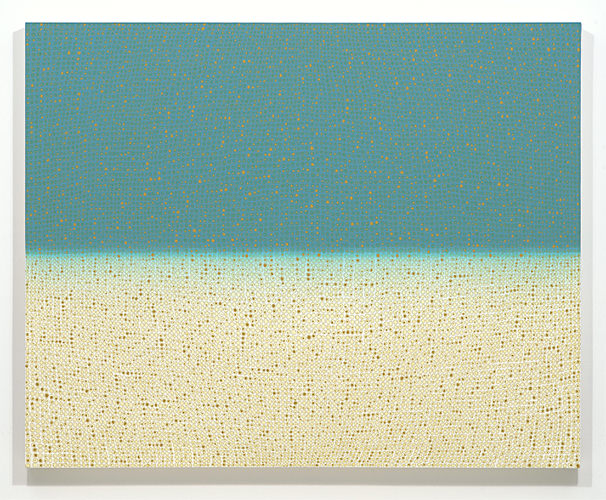 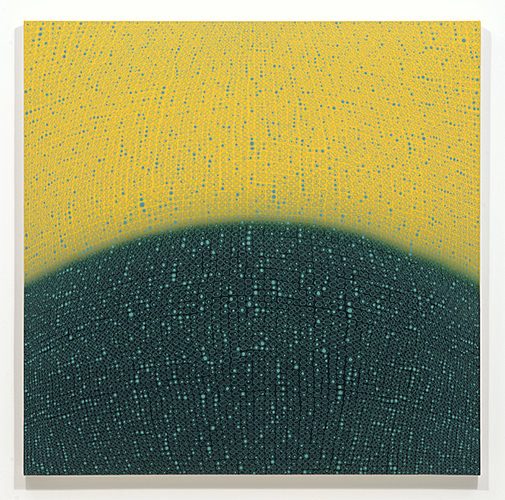 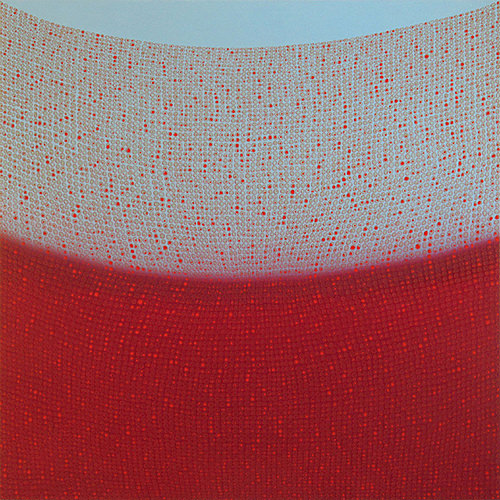 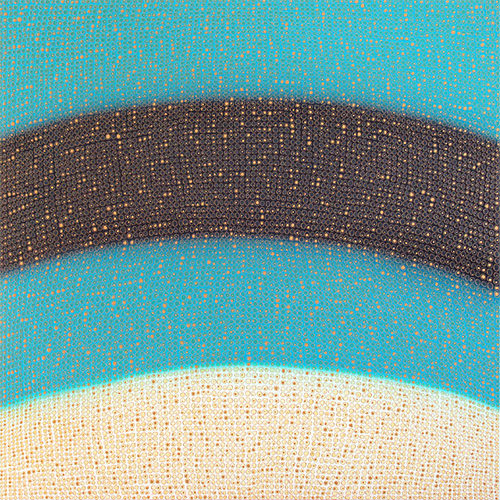 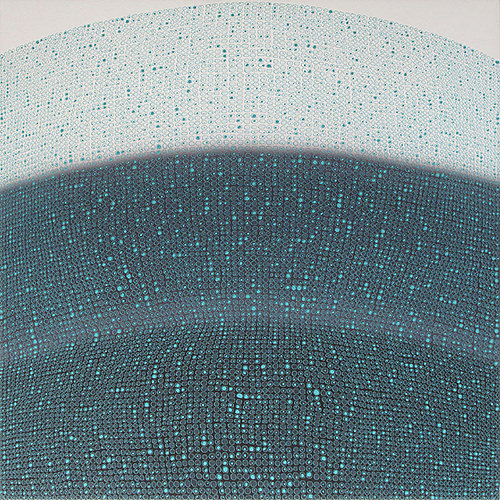 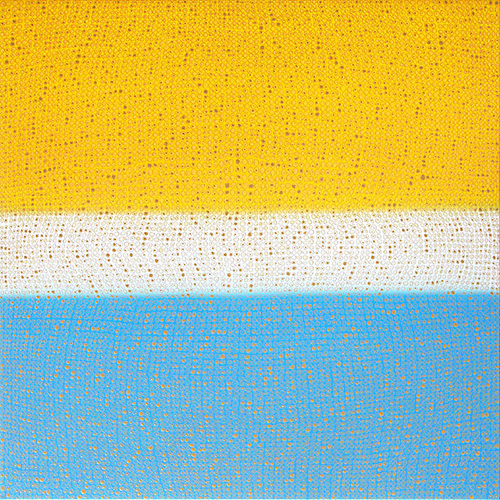 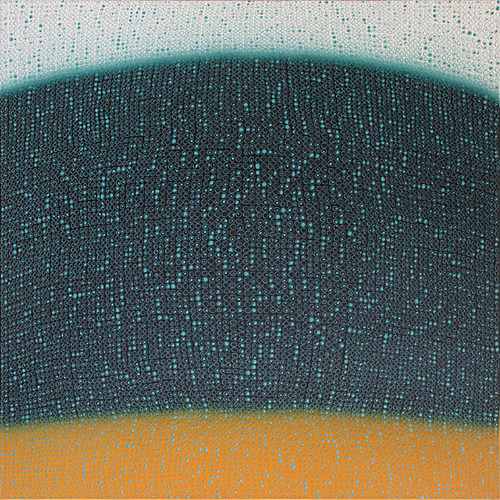 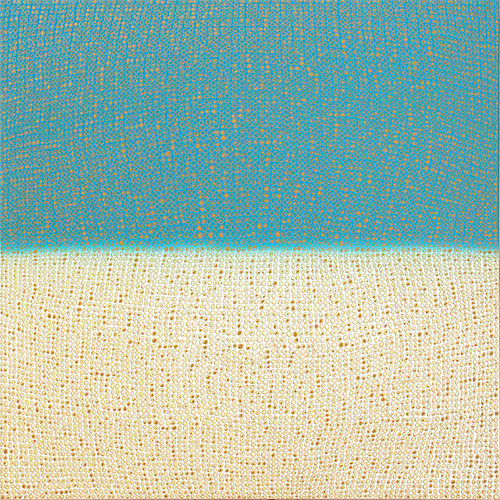 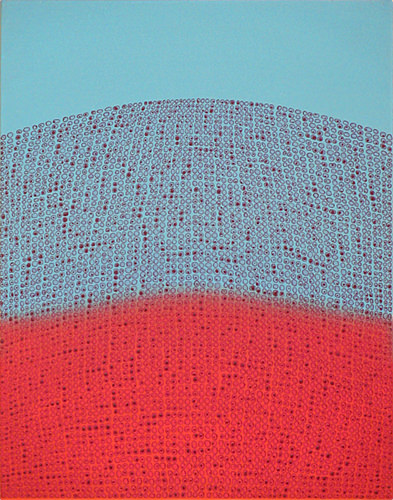 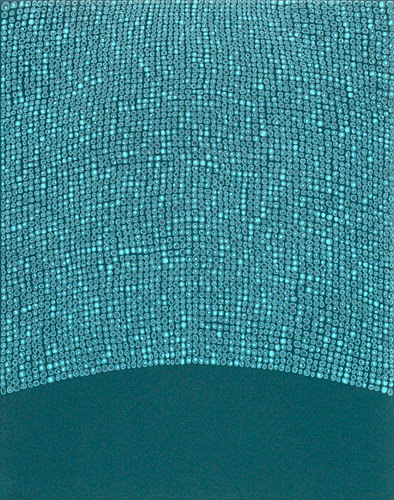 Brian Gross Fine Art is pleased to announce an exhibition of new paintings by New York artist Teo González, opening on November 4, 2017, from 4–6pm. The ten works included in the exhibition continue González’s exploration of color perception through the application of thousands of meticulously painted gridded dots. In Arch/Horizon, González introduces optical distortions into his compositions by bending his horizon lines and shifting his loosely gridded dots to create visual bulges and depressions. Arch/Horizon will be on view through December 23, 2017.

González’s minimal paintings originally began with strict grids of methodically counted dots, and later gave way to a looser grid and more intuitive approach. For his 11th solo exhibition with Brian Gross Fine Art, González was inspired by “the pairing of landscape and non-referential art” and the idea of using color relationships to expand the viewer’s sense of visual perception.

Expanding on his previous series, González now employs bent horizon lines and up to three background colors, increasing the interplay of color on the surface. Suspended above dramatic shifts between greens, yellow, blues, red, or creamy whites, González paints thousands of dots ranging in size and outlined in delicate circles. These fields of loosely gridded dots now seemingly bend and distort in relation to the colors beneath them, creating a dynamic sense of perceptual depth. In other works, González leaves areas of the background uncovered, allowing the viewer to move beyond the veil of dots.

Teo González was born in Zaragoza, Spain in 1964. He received his BFA from California State University, Bakersfield, and currently lives in New York City. He has exhibited in museums and galleries throughout the United States, Europe and Asia. In 2014 González was featured in a solo exhibition at The Gabarron Foundation in New York City. His work can be found in the public collections of the Museum of Modern Art, New York; the National Gallery of Art, Washington D.C.; Los Angeles County Museum of Art; Achenbach Foundation, Fine Arts Museums of San Francisco; San Diego Museum of Art; and the Hood Museum of Art, Dartmouth College, Hanover, New Hampshire.